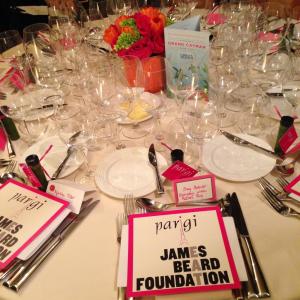 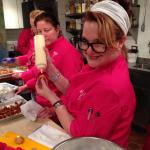 Modeled after the bistros of Paris with a New York feel, Parigi  caters to its discriminating patrons with a diverse, eclectic menu served in stylish, cosmopolitan space in an upbeat and friendly atmosphere.  Chef/owner Janice Provost presides  over all in her signature pink chef’s jacket and pink chef’s clogs.

Parigi is a well-known and successful bistro in the popular Uptown area of Dallas.  The décor has the feel of a New York Upper East Side neighborhood place with chic, yet comfortable dining indoors and a popular patio.  (photos available at www.parigidallas.com).  Staff shirts emblazoned with W.I.T. (whatever it takes) says legions about the style of service one can expect.  The year of 2014 finds Parigi celebrating its 30th Anniversary…a rarity indeed in these times.  Janice Provost has owned the restaurant since 2002, bringing it to new levels. 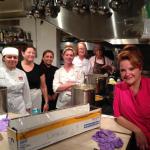 Owning and operating Parigi since 2002, Provost is credited with being one of the first in Dallas to grasp the farm to table movement, and she religiously scours the area for the best local ingredients.  You can expect her to do the same in New York for this Beard  Dinner. 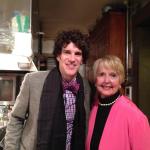 Known for giving back, Janice and Parigi regularly participates in chef driven charity events–too many to mention. Her bio outlines an important role in the founding of Café Momentum, a non-profit restaurant giving training and career opportunity to troubled youth. Other Parigi accolades include winning the famous AIWF Caesar Salad Competition and being named one of the Best Brunches in the city.  Janice recently was a featured reception chef at the first James Beard Taste America Dinner held in Dallas. 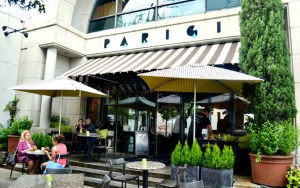 With Google+ plugin by Geoff Janes